A number of Rowena Comrie figurative works are presented below:
Read more »

Rowena Comrie's  latest figurative paintings pursue the concept of the sublime using flight as her subject.

"Terror is in all cases whatsoever the ruling principle of the sublime".

The sublime has roots in an 18th century idea but the artist doesn't use it to paint 18th century subjects. As a concept she is concerned with the use of art as a way of realising the human emotions of terror and wonder: "it is not my painting's role to act as an illustration of contemporary events but instead to comment critically by summarising and symbolising it into, I hope, a witty visualisation of the modern sublime."

The artist sees these works as contemporary examples of the 18th century idea of the sublime, portraying drama, terror, excitement and danger: using Flight as an explicit metaphor for the sublime, as an example of the sublime transcending the limits of the human condition 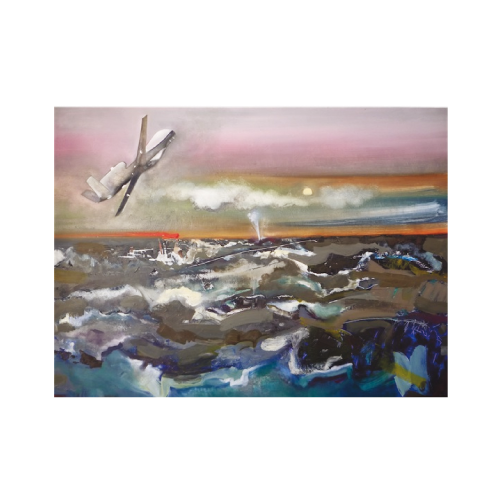 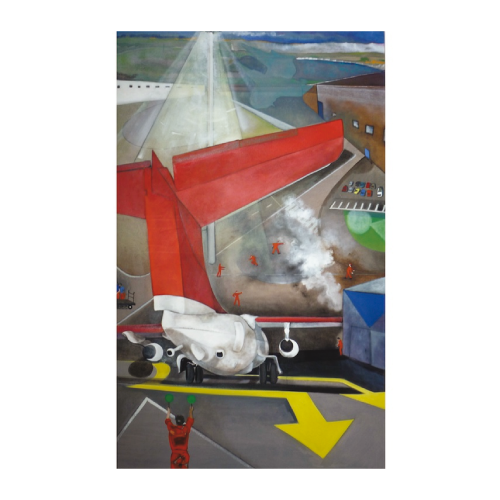 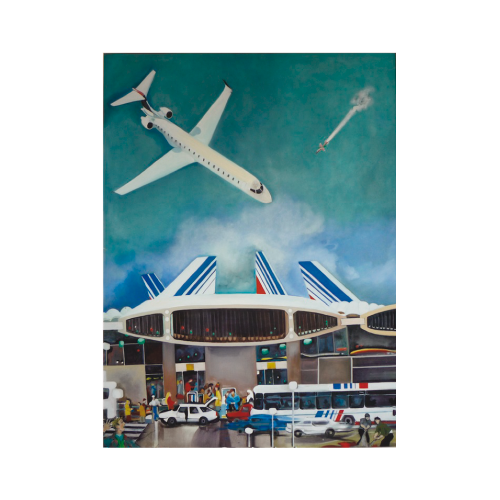 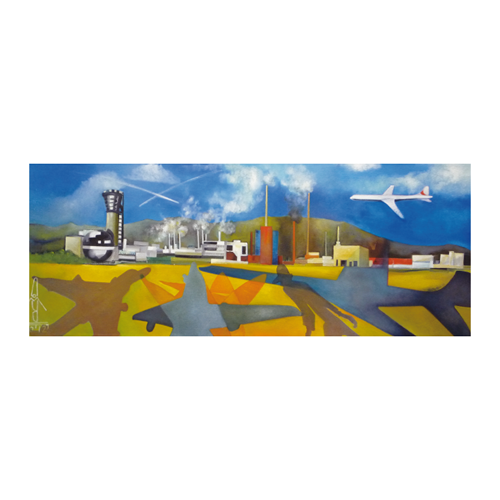 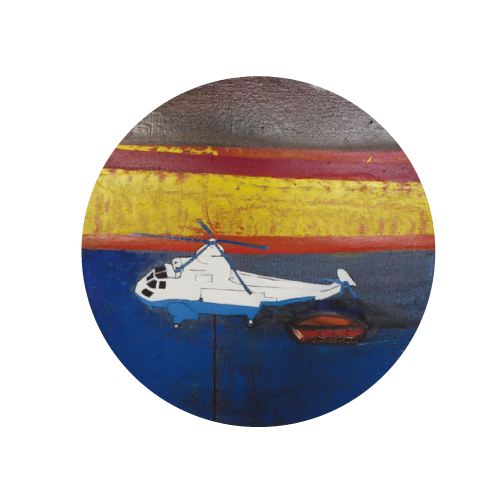 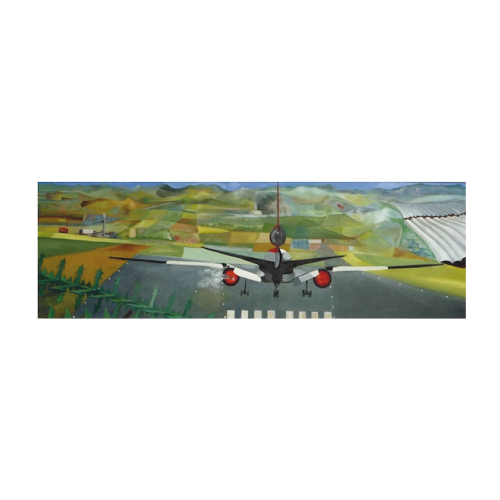 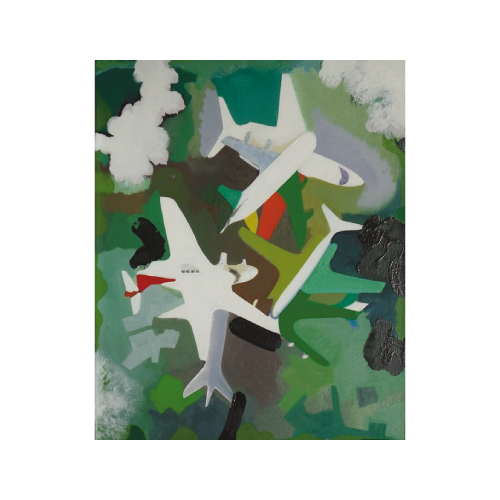 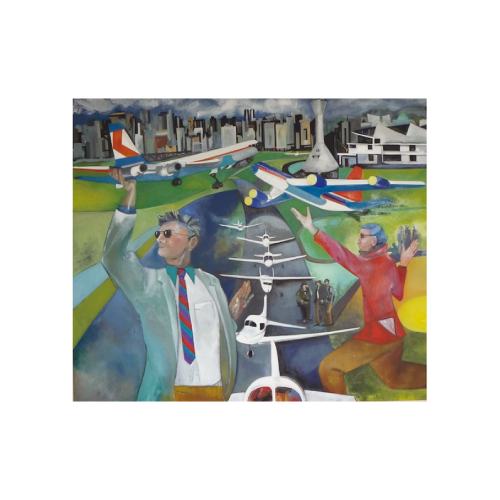 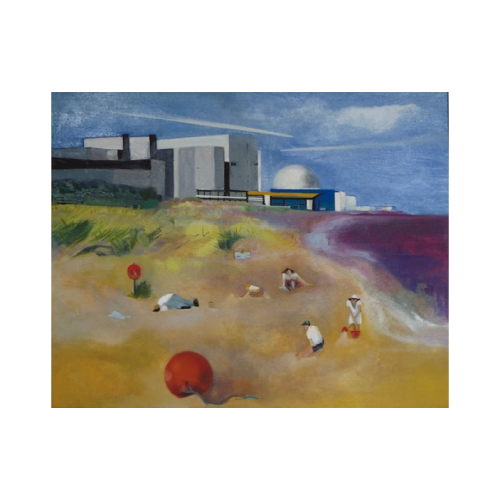 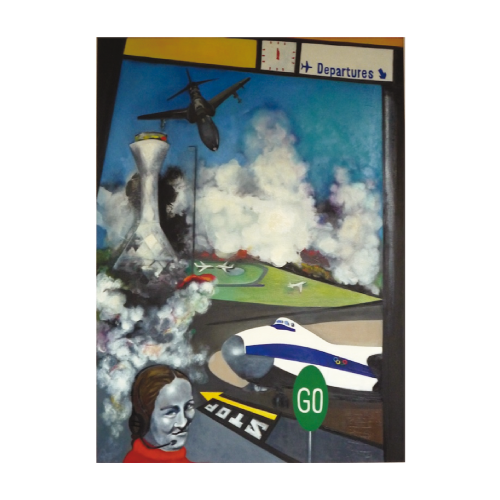 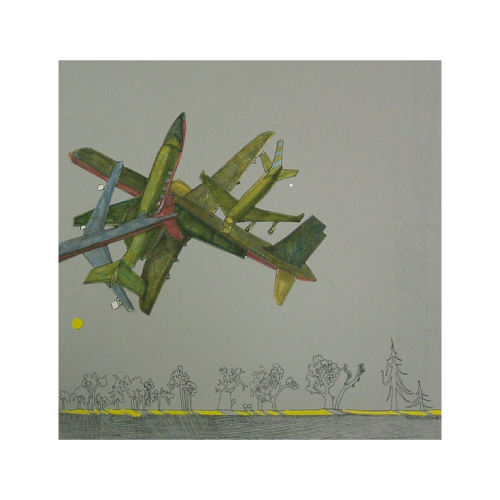 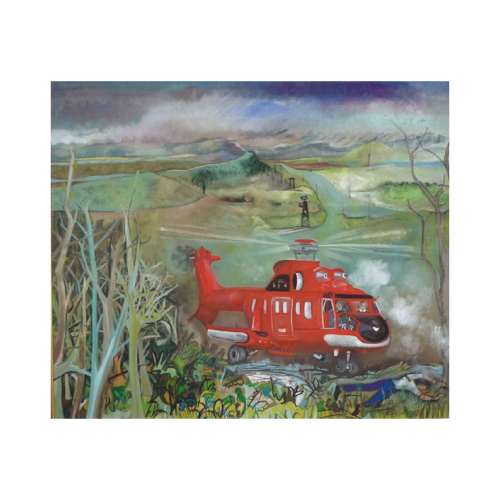